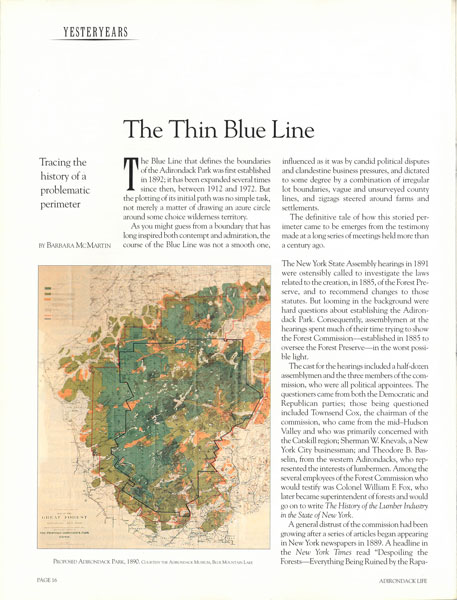 "The Blue Line that defines the boundaries of the Adirondack Park was first established in 1892; it has been expanded several times since then, between 1912 and 1972. But the plotting of its initial path was no simple task, not merely a matter of drawing an azure circle around … END_OF_DOCUMENT_TOKEN_TO_BE_REPLACED