Hide Search
You are here: Home / Archives for A Man Called Ove 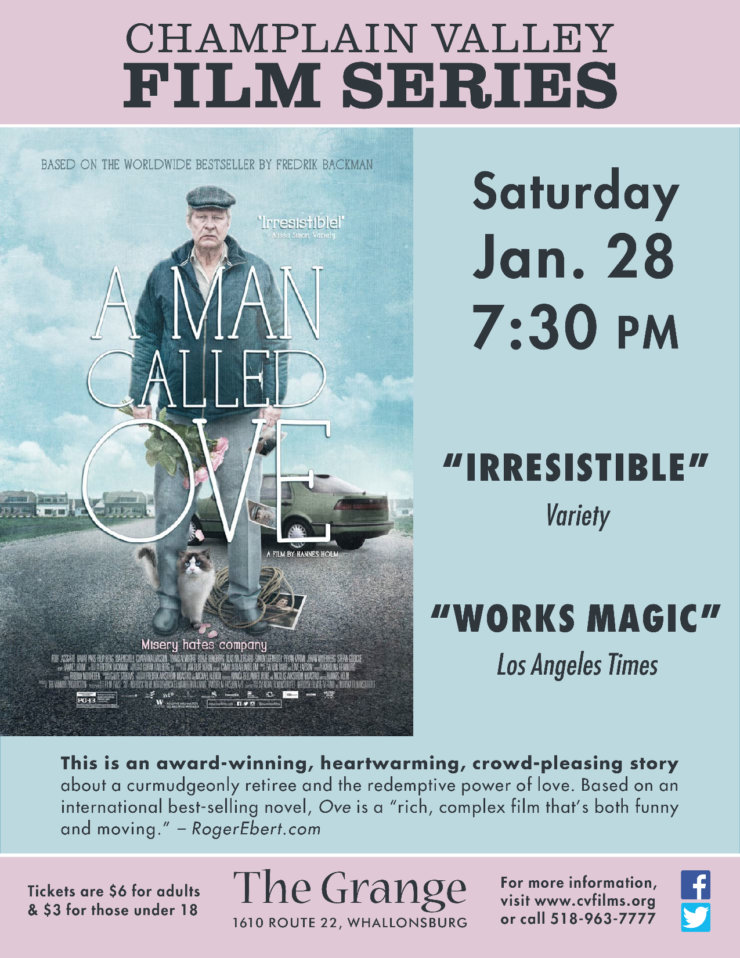 The Champlain Valley Film Series will present the film A Man Called Ove on Saturday, January 28, at 7:30 p.m. at the Whallonsburg Grange Hall. This is an award-winning, heartwarming, crowd-pleasing story about a curmudgeonly retiree and the redemptive power of love. Based on … END_OF_DOCUMENT_TOKEN_TO_BE_REPLACED