Hide Search
You are here: Home / Archives for Downton Abbey 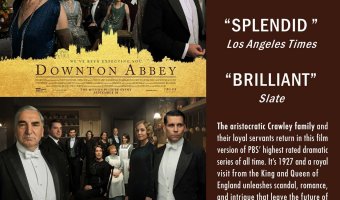 The Champlain Valley Film Series presents the full-length feature, Downton Abbey, which picks up where the much-loved television series left off. The film will be shown on Saturday, January 25, at 7:30pm at the Whallonsburg Grange in Essex, New York. The film opens in 1927 as … END_OF_DOCUMENT_TOKEN_TO_BE_REPLACED