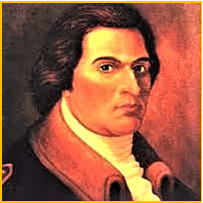 The Ticonderoga Historical Society will present a free public program on Friday, August 12 at 7 p.m.  at the Hancock House, 6 Moses Circle, Ticonderoga.  “Benedict Arnold:  The Traitor who saved Ticonderoga” will be presented by Brian O’Connor, who will discuss Arnold’s role at the Battle of Valcour Island in October 1776.

“As an overwhelming British force headed south from Canada, Arnold assembled a ragtag fleet to meet it in a desperate naval action,” said O’Connor.  “Though defeated, his heroics gave our infant nation a year to breathe & win the pivotal victory of Saratoga the following year.”

The program will be held outdoors, under a tent and attendees should bring their own lawn chairs.  Reservations may be made by calling the Hancock House at 518-585-7868 or via e-mail to:  tihistory@bridgepoint1.com.